This term our class (Klasse 7a) read the novel „Animal Farm“ written by George Orwell. 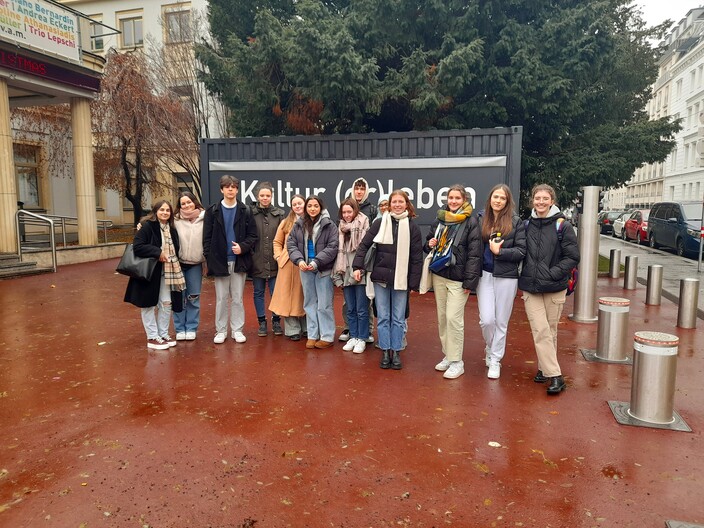 It tells the story of a group of farm animals who rebel against their human farmer, hoping to create a society in which the animals can be equal, free and happy. Ultimately, the rebellion is successful. However, under the dictatorship of a pig named Napoleon, the farm ends up in a state as bad as it was before.

In addition to reading the book we went to the Theater Akzent on the 16th of December 2022. There we watched the genius performance of „Animal Farm“. The actors did an amazing job portraying the animals and the strong feelings that were being felt by them in a dictatorship. We liked the performance very much and would recommend everyone to read the novel.